skip to main | skip to sidebar

I'm still here. I just have nothing good to report. Everything sucks, to put it plainly. I've been suspended in a shitty situation for months, which followed a longer time period which was generally shitty.

I've dealt with it mostly by ignoring reality a lot of the time, wandering the city, observing scenes of life that I'm not part of, dreaming of another life.

I know it's not what I should be doing. A responsible adult would be pulling their shit together, buckling down, facing problems head on and tackling them with a brave face on.

But I don't know what to do. The few feeble attempts I've made to fix anything about my situation over these months has failed. It's been nothing but beating my head against a wall.

Also, I don't fucking want to. I don't want any of it. I've lived the misery and the doom and I want it gone. I don't want to go and face my fears and get sunk into a beaurocratic nightmare when there's no guarantee or even likelihood that anything will work, when there's nothing at the end of it for me. I'll be basically functional, maybe.

Maybe I owe it to the world to be a good obedient citizen (of where, I don't have any identification papers) and do my duty, but the world can suck it, if it's got nothing for me.

This fucking pandemic continues to wreak havoc on the world and as one tiny insignificant part of the world, my life.

To put it plainly, things suck. I've been stuck in a sort of miserable, stressful stasis for almost 3 months now. No job, no money, one and a half pairs of clothes, no guitar, no stuff. I mean stuff is probably overrated but it does help to have more than one set of clothes and things like makeup and toenail clippers, socks without holes, a hairbrush. Also if you have not much to do with your time apart from stress out it's good to have things like books, writing paper.. my fucking guitar!!!

I have a place to stay. It's been a while and I guess I'm lucky I am still able to stay there at this point but it also comes with the stress of not knowing how long it will last, or how much notice I'll get when the time to get cast out comes. Also, saying something is lucky when your life has turned to shit but one small thing happens to save you from a worse fate is weird. If I was lucky the world wouldn't have shut down, I wouldn't have lost my job, had no chance to get another job, run out of money, been evicted, had all my stuff stolen etc etc.

There was one bright point last week where one member of the police acknowledged that what happened to us was unambiguously wrong and gave us hope for a bit, but nothing's happened.

People have been good, they've helped a lot so I kind of hate to whine, but it just isn't enough, not from them who have mostly given us more than they could afford but just generally. It shouldn't be like this. There shouldn't be a situation where people need to rely on continuous handouts and people being stuck out of the country to just survive, and it can't last, but that is how it is.

2020 is such a good looking set of numbers. Its a shame the year has sucked so much. It started bad and is ending awfully, atrociously, for the world and for me personally.

I've been listening to and (poorly)singing this song a lot lately.

I was playing it too and getting quite good but alas I have no  guitar on which to play it now.

Tonight is the night when the spirits and the humans can walk among one another, or so some lore says. I won't be out because we have a curfew. A fucking curfew! I may have said the same thing back in the spring when this was all happening the first time round. I don't know, I've ceased caring about things.

Back then this country was one of the safer ones, with regard to this whole pandemic, there were rules and laws that enough people followed to keep things relatively under control.

Then it was all over. Things opened up, people went out, stopped wearing masks. Now we're the worst in Europe. It's all shutting down again, businesses have gone under, I've run out of money though I haven't actually had any for the whole year and it's all coming back. Except I don't care. I've stopped caring about anything because all it does is aggravate, and here I am.

From the little I've been forced to pay attention to things around me it seems as though people are a bit less vigilant about the whole keeping safe thing than they were first time around. I think everyone's just bored of it.

Worst thing is I've almost run out of tv. I've been watching a lot and they've stopped making as much of it, I'm going to run out soon and I may be forced to think about stuff which I'm not looking forward to. If I'm out on the street by then none of this will mattet, of course.

Through September under the weather..

Still here. Still literally here in the same dump. Things got a bit better about a month ago. This is true for me, for this place I live and for the whole world it seems.

I got my job back, at reduced hours and wages, then it stopped for reasons not entirely related to the shutdown. Then everything shut down again. Prospects are dim again with a future that's even less certain than it was.

I find myself in the exact position I was months ago, with more reason to worry but less mental energy to give a shit about it all.

Whatever, when I'm literally out on my ass I'll figure out what I can do. Right now I'm cleaned out, I've got nothing.

Big Fat Wall of Nothing

This is what I'm faced with every morning. The same nothing I've slammed up against almost every day since this new era started.

I'm unemployed (technically employed but by a company that shut down, then resumed limited operations which employed some people which are not me, and still hasn't paid out the final wages from March) destitute and desperate. I'm looking for work and failing. I apply for any old crap that any fuckwit can do and guess what? There's at least one fuckwit who isn't worthy of even a response to an application. That would be me.

But there's more nothing. The bank account. Some help I got (or have had attempted to send?) is not arriving. It was going to be slow and now it's taking longer because of post or something. Post, in the age of internet. Why it's iinvolved I don't know but it's bringing me nothing.

Oh I did get a film role, to play a 60 year old woman. Yeah, the student (fucking 20 year olds!) acknowledged that I'm a bit younger than the character but we could do  it with clothes and a little makeup. A little.

Then she decided to go with someone a bit more suitable for the role. So I'm back to nothing. 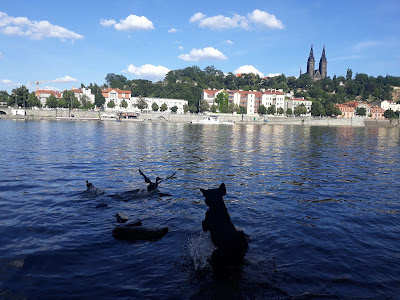 I'm afraid it's going to get a bit negative here..

Just for a change.

It's raining, and very cold for July, especially in this rapidly burning up earth. I'm feeling kind of chilled, after coming home earlier from a completely pointless jaunt to the bank to try and find out where my originally sent to the wrong location bank card had been returned to. I still don't know after mang phone calls, attempted phone calls, email and facebook message. That was the irritating part of the day.
The truly awful part of the day started later. Our landlords have been truly awful of late..
and YES WE OWE BACK RENT BUT FOR FUCKS SAKE THERE WAS/IS A GLOBAL PANDEMIC WHICH SHUT THE COUNTRY DOWN!!!! Both residents of this abode depend on industries that are particularly affected by this i.e the tourist industry, and we have been paying along the way just not enough to catch up yet.
Oh and my company has resumed operations, just on the weekends with a skeleton staff... which I found out when I saw the big red buses and our guys with our red umbrellas with my own eyes... they don't have work for me, only 2 tours a day done by one person (I mean I'm one fucking person aren't I?) and they don't have money to pay us for the last week we worked in March. Well they have money but they need it for investment. I mean I just need money for rent and food, and the other things that us plebs squander it all on, so it's all understandable.
So we owe rent. I did some work for them, not well received but I did it, and we've been paying a daily amount that she calculated, and trying to scrounge for money every day. Not a convenient system nor one conducive to letting someone get an actual job which actually pays weekly or monthly after you've been working for a while but such things don't bother her.
Today we don't have the money. And she had no interest in giving a few days before the next payment, no, money today or we're out.
Well that didn't happen. At least I think it didn't. We may have been saved by someone she respects slightly reasoning with her, her own disclination to be bothered in the night and the rain or.. I think that's it.
So safe for now. Tomorrow is another day. And days start very early around here.

Michelle
Prague, Czechia
Hi, I'm Michelle, I live in Prague. The rest you can figure out on the blog, or not.